“I don’t think there are any other films with animated flying psychic lesbians,” filmmaker Deborah Craig told me over Zoom. “We really couldn’t pass it up.”

Craig was speaking about Sally, the film she’s working on, along with coproducer Jörg Fockele and coproducer-editor Ondine Rarey, that chronicles the rambunctious, curious, and inspiring life of unsung radical lesbian hero Sally Gearhart, who is entering her ninth decade. (A Kickstarter campaign to finish the film ends Tue/6; an online birthday party for Gearhart takes place Sun/2.)

The flying lesbians in question are to illustrate Gearhart’s groundbreaking, 1978 speculative fiction novel The Wanderground, a classic of radical feminist separatist literature, in which a group of women flee from male-dominated cities to the forest to live in harmony with the natural world. Also, they have superpowers.

Rediscovering radical lesbian sci-fi is all the rage right now (witness Octavia Butler’s recent climb up the New York Times bestseller list 15 years after her passing), but penning an archetypal vision of queer ecofeminist utopia, and several follow-ups, is just one of the many milestones in an outspoken, intellectual, irascible life marked by both iconic activism and puzzling retreat.

While renowned as a stirring feminist writer-speaker and separatism proponent—eventually establishing her own utopian space in the wilds near Willits, California—she was by no means a stranger to working side-by-side with gay men in the liberation movement, including Harvey Milk during his final years. As a professor at San Francisco State University, Gearhart helped develop one of the first women and gender studies programs in the United States. Those are just some of the accomplishments covered in Sally, which also showcases a fiercely independent yet infectious personality. 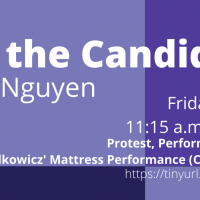