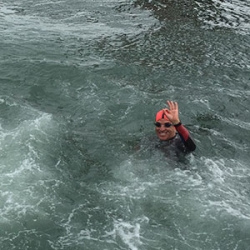 Please consult your course syllabus or contact the instructor directly for office hours.

Professor Tuman’s research includes Communication and Constitutional law (First Amendment protections of Freedom of Expression), political communication (e.g., how campaigns or candidates communicate with voters), and for the last nineteen years, the intersection of Terrorism, Counter Terrorism and Rhetoric (looking at symbolism of violence and targets, as well rhetorical analysis of terrorist groups' use of the internet to recruit potential operatives and remotely direct terror attacks).

He is trained as an attorney, but focused upon being a professor. Has also worked for many years as a political analyst for various forms of news media (broadcast and cable television, radio and all manners of print journalism), and since 2015 has served as an academic advisor to the North Atlantic Treaty Alliance (NATO) regarding Terrorism, Counter Terrorism and Rhetoric. In these areas, he has single authored and co-authored at least 15 books and published in many academic journals.